And How Hawaii's Indigenous Spirit of Good Luck is Rapidly Disappearing

And How Hawaii's Indigenous Spirit of Good Luck is Rapidly Disappearing

Sea turtles virtually everywhere are affected by fisheries, especially longlines, gill nets, and trawls. The most severe of these impacts are death after entanglement, habitat destruction and food web changes.

Sea turtles and their eggs are killed by people throughout the world for food, and for products including oil, leather and shell.

Sea turtle habitats are degraded and destroyed by coastal development. This includes both shoreline and seafloor alterations, such as nesting beach degradation, seafloor dredging, vessel traffic, construction, and alteration of vegetation.

Climate change will increase the frequency of extreme weather events, result in loss of nesting beaches, and cause other alterations to critical sea turtle habitats and basic oceanographic processes. It may impact natural gender ratios of hatchlings and increase the likelihood of disease outbreaks for sea turtles. The green sea turtle (Chelonia mydas) is among the largest marine turtles. Green sea turtles have been swimming the oceans for over 200 million years and are one of the few species on Earth believed to have lived trough the evolution and extinction of the dinosaurs and ice ages, roaming the seas before the Hawaiian Islands even existed.

The nesting ritual of the sea turtle is as ancient as it is unique. When the female is ready to hatch, she waits bobbing the surf until the calm and coolness of evening. At the right moment she moves over the sand shedding large tears with excess salt. The tears also protect her eyes from the sharp sand. With her flippers she digs a two foot deep hole, then crouches over it, and lays her eggs. During a single season she might fill three or four nests with up to 100 eggs in each. And after filling the nest with sand, she will dart back to the water, her mission complete for two to three years, when she mates again.

But not all her eggs will hatch, and not all the two inch, one ounce hatchlings will be able to run through the salty surf into the freedom of their adolescent turtle life. Rats, mongooses, people, fungi, crabs, dogs, larvae, prey on the precious eggs. The few babies that survive, have to dig themselves out of the sand and run for life.

The development of resorts, beach houses and beach lights, new vegetation, artificial sand, beach construction, as well as beach erosion, can confuse the hatchling enough for it to run in the wrong direction, towards lights and even highways. At times it's unable to crawl out from the sand at all. Thousands of eggs might produce only a handful of  mature sea turtles!

The Hawaiian Green Sea Turtle is the only indigenous reptile found in Hawaii, but for Hawaiians, the Honu is a symbol of good luck in the form of a guardian spirit, or Amakua. The Honu pattern is depicted in ancient petroglyphs as well as in modern graphic form. For Hawaiians then and now, the Honu represents the navigator, and the eternal link between man, the land and the sea.  One Hawaiian legend tells of a large Honu, Kauila

Sources: The Struggle Of The Ancients by Veronica S. Schweitzer,

THE HAWAIIAN HONU – SYMBOL OF WISDOM AND GOOD LUCK

In Hawaii, legend tells about a green sea turtle, Kauila, who could change herself into a girl to watch over the children playing at Punalu'u Beach on the Big Island. When Kauila's mother dug her nest, a fresh water spring surged upward, quenching the children's thirst. Kauila is the "mythical mother" of all turtles, and perhaps of our children as well. It's also said that turtles were the guides for the first voyagers to Hawaii. 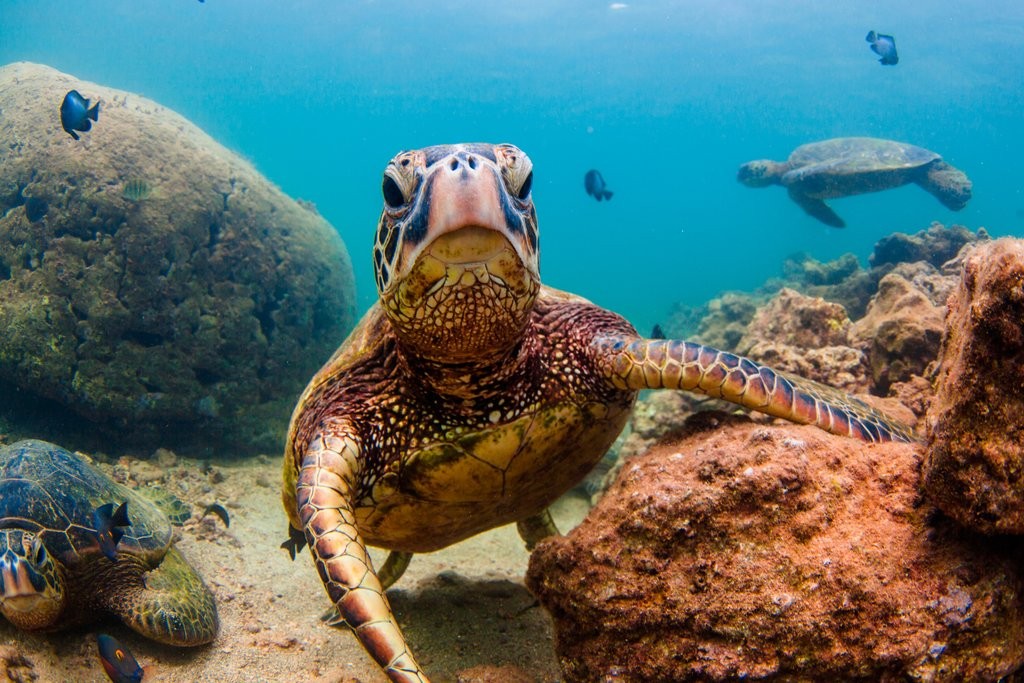 Our Mission to Heal The World - and Your Skin Here at Hawaiian Healing Skin Care, we are donating a portion of every sale directly to the Wild Hawaiian Wildlife Fund. We love helping to save wildlife, conserve our oceans, and giving back to the amazing islands that make up Hawaii.

Our mission is to help the environment, which is why we only use all natural and organic ingredients sourced directly from local Hawaiian farms to make our nourishing skin care line.

When you use our all natural and organic products, not only will your skin thank you, but so will the turtles.

In the Hawaiian islands far away from commercial influence the secrets to healthy skin are passed from mother to daughter. These natural secret formulas learned over generations simply cannot be recreated with mass-produced, petrochemical-based lotions and creams. The effects come from nature. By working in small handcrafted batches using only the purest extracts and freshest ingredients our artisans blend Hawaiian Healing's Pure Revitalizing Cream just for you. 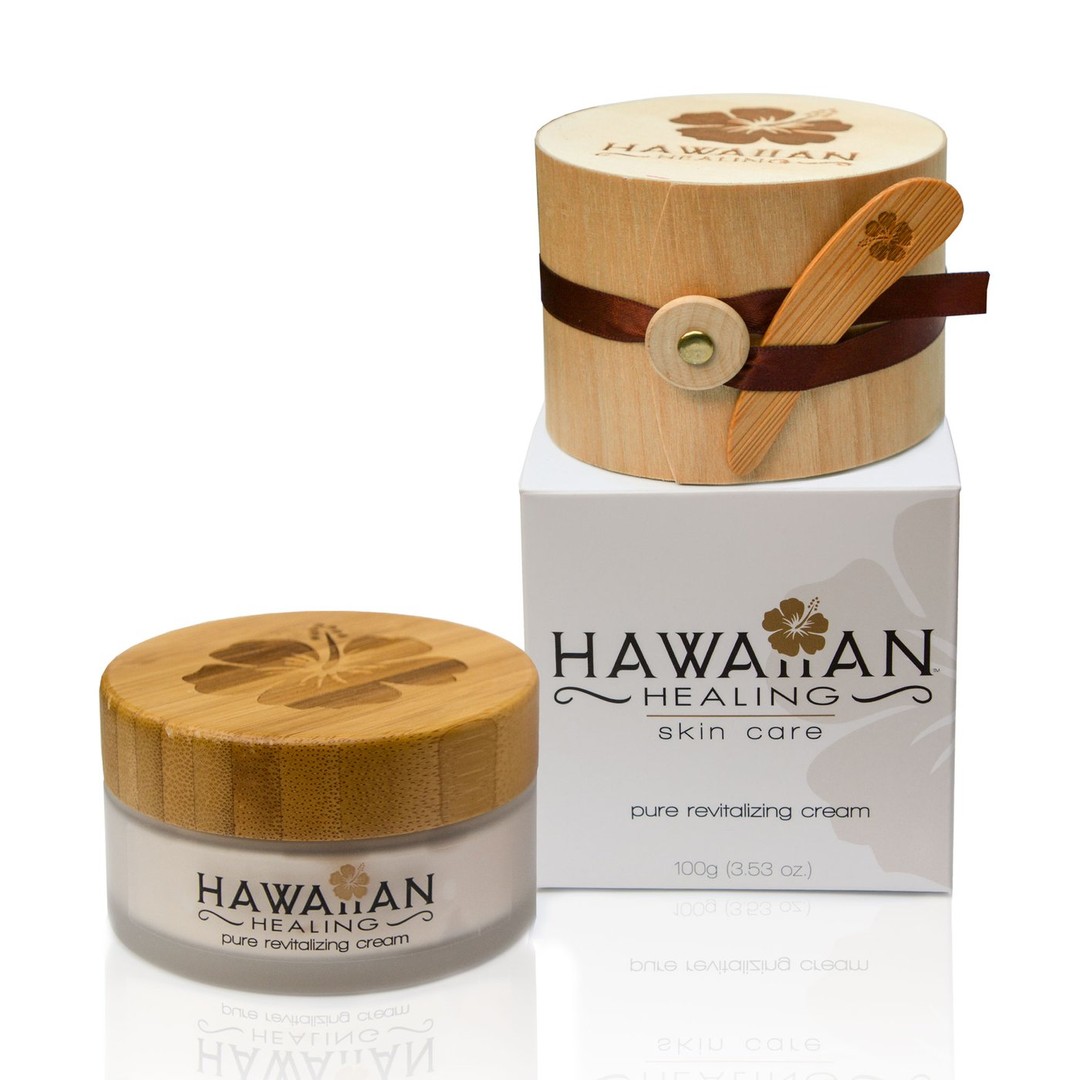 After being a homeopathic practitioner for 25 years, I founded Nature’s Innovation Inc. in 2004, which allotted me the opportunity to travel world-wide, and to discover rich, high quality ingredients from all over the world. It has also allowed me to meet directly with growers, farmers, essential oil distillers, and manufacturers who provide only the highest quality ingredients available.

The one place that grabbed my heart and resonated with my soul was Hawaii. The natural diversity, culture, and pure beauty of the Hawaiian islands took my breath away. In 2011 while on a research mission of Hawaiian oils, the concept of Hawaiian Healing was born. I began to forge strong relationships with a number of very reputable farm owners in Hawaii to bring Hawaiian Healing to life.

Thank you for learning about Hawaiian Healing. We wish you nothing but good health, wellness and happiness.

At Hawaiian Healing, we know no amount of makeup can compete with your natural beauty.

So we use all-natural ingredients to help you keep it for longer.

CHECK OUT OUR PRODUCTS

What people are saying about us...

“I love that there are all natural ingredients only. Packaging is beautiful. Smells and feels wonderful. Thank you for making such a pure and honest product.” — Barb B.

“All I can say is Wow! This cream goes on very smoothly and absorbs quickly leaving absolutely no residue behind. I’ve used many eye creams but this just blows away other brands that I’ve been used in the past years like Almay, Clinique and others. It has a super smooth velvety texture and has left my skin looking very fresh and revived, even after using it for a short few weeks. Great job guys!”

"This cream really does seem to super-nourish underneath my eyes and the fine lines that I have with a bit of crow’s feet and around my neck area. I’ve noticed the biggest difference with my crow’s feet. I love the texture and the way it leaves my skin silky smooth. Reading the ingredients, I am blown away by all the fantastic ingredients especially, the organic honey sourced from Hawaii. I can just imagine those bees collecting the honey from the macadamia tree flowers. I’ve used products that have manuka honey from New Zealand and this I feel is an even better product for my skin. Totally in love with this product!"

"I’m really enjoying the face cream. The Hawaiian ingredients are the first thing that caught my attention as I’m an avid lover of Hawaii. Every ingredient seems to have a specific skin care purpose. I can definitely see a significant difference in my skin, with it being non-greasy and a very smooth cream that I don’t have to use a ton of to get a great feeling on my skin. I’ve noticed the biggest improvement on my face’s redness from rosacea and even had comments from my friends about it. I’m definitely going to keep using your wonderful cream and look forward to your next set of skin care products."

"This was the very first item I ordered here, and I was really happy with the quality of the product. The packaging is just so special with a very classy glass and the bamboo lid is just amazing! I love the way it goes on and the fact that there is absolutely no greasy feel left behind. As others have mentioned, maybe the best thing about this was the scent. It just smells wonderful and not overpowering. It was like aromatherapy every day when I applied it. You don’t need to use that much and it covers very well. I can’t wait to try your other products like the nourishing night oil and I’ve heard there are soaps in the works. Viva Hawaii!" 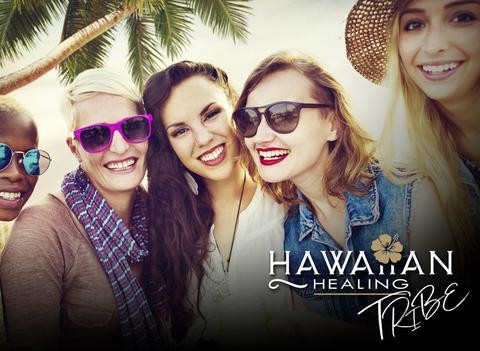 Join The Movement To Heal The World - Naturally

Take The First Step - Join Our Tribe And Save 20% On Your First Order.

When You Become A Hawaiian Healing Tribe Member You Will Get Members Only Discounts, Access To Events, Previews Of New Products, Exciting News And More.